The Bitcoin Bubble Could Burst Eventually and That’s Okay 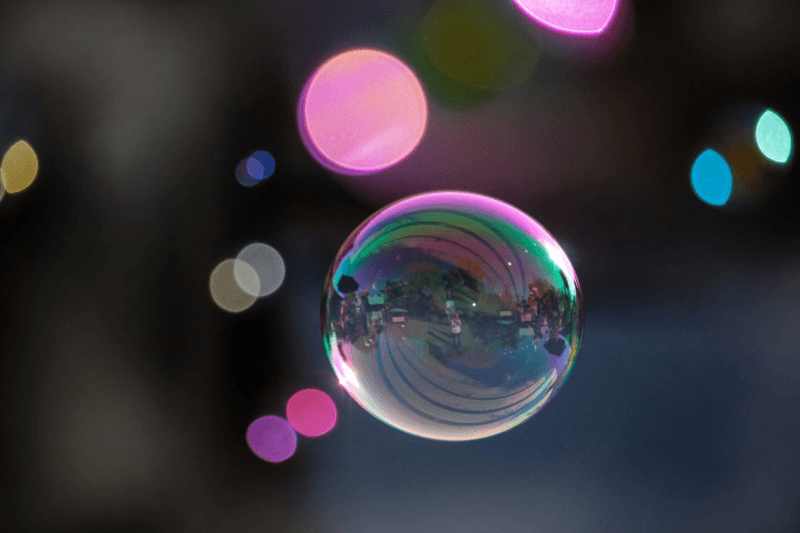 Let’s start off by saying that I’m extremely enthralled with the idea of digital assets and blockchain technology. Let’s also make it clear that I didn’t say Bitcoin in that sentence. Much like the internet, the dust will settle and a new wave of valuable companies will emerge that compliment this new form of technology. After the Dot com bubble, people passionate about the future of the internet struggled with how to positively present disruptive online stores. We find ourselves again in an unknown age of technology (blockchain, AI, VR) and companies that compliment the industry are only now starting to emerge. Will they also compliment standard forms of currency? Replace the way we do business? Will entities like Ebay have to pivot? People can dismiss Bitcoin, but it’s probably foolish to dismiss an entire technological wave.

If you’re looking for investments with longevity, it’s in your best interest to find authentic companies that are complimenting the latest wave in technology, not copying it. The Ebays and Amazons that are ahead of their time in today’s world are the companies you want to focus on. For example, Ethereum uses a form of blockchain technology just like Bitcoin but does not copy it -It is written from the ground up.

Below are a few companies to watch:

Based on the knowledge that large volumes of storage around the world sit unused, Filecoin seeks to leverage this storage space and create a decentralized network to share the unused space and safeguard information. It’s an open source community encouraging peer to peer interaction and incentivizing users to share their unused storage capacity

Harnessing the immense power of a custom-built blockchain, Ethereum runs smart contracts on a decentralized platform allowing for truly free and open application innovation with no third party interference or lag time. Applications function exactly as programmed, creating unlimited possibilities in the transfer of funds, value and information.

Ripple focuses on digital payments, remittances and currency exchange. The blockchain used by Ripple allows for real-time transfers and tracking; every exchange is instant, traceable and documented. Ripple is particularly exciting for remittances as it eliminates delays and fees that are historically required when using a centralized bank or credit union.

Unlike other blockchains, Tezos places an emphasis on crowdsourcing governance and incentivizes users to help establish and maintain network protocols. Such efforts allow for a strong decentralized network that encourages communal decisionmaking. It also places value on improving existing systems and streamlining processes instead of creating entire new networks.

Qtum’s does not reinvent the wheel. Instead, it takes the reliability of Bitcoin’s blockchain and combines it with the Ethereum Virtual Machine (EVM). With endless possibilities for smart contracts, Qtum hopes to be the leader for businesses seeking to create decentralized applications. In late December 2017 Qtum partnered with China’s largest video hosting company, Baofeng, to revolutionize the storage and sharing of music and video content.

Basing itself on a social networking structure, Steemit is a new way to publish and share content that rewards users based on engagement. Users gain tokens for the content they share and how many “likes” their content receives as well as for interacting with and “liking” the content of other users. It creates a true social economy and incentivizes users to remain active and engaged on the network.

These companies represent just the tip of the iceberg when it comes to the possibilities presented by this new disruptive technological wave. While only a handful of decentralized cryptocurrencies existed before Bitcoin, the enthusiasm around blockchain technology has lead to an ever growing crop of new companies hoping to capitalize on this new industry.